While they may seem like the latest fad, steam saunas have been used by humans for more than 7000 years.

The invention of the sauna is generally credited to the Finns (it’s a Finnish word), although other ancient cultures in Russia and North America also had sweat lodges such as the Banya and Temescal which were used for medical purposes. But the home steam sauna is uniquely an export of the culture of Finland.

What Are Steam Saunas?

This invisible steam is what makes these home saunas different from the steam rooms you see at the athletic club. You should not make the mistake to think that a home steam sauna will be like a steam room since the differences are very distinct.

A steam room, which is usually made of tile, has a humidity level of near 100% with constant billowing clouds of condensed vapor created by a generator, and a temperature of around 104° F. 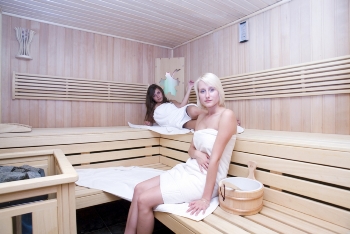 Modern steam saunas are small rooms or enclosed cabins made of cedar wood and a gas or electric heater to heat special rocks in an open oven. When water is cast on the hot rocks, which sit on top of or around the heater, a dry steam is created.

The Finns call the burst of steam löyly, a term that describes the dry vapor as the “spirit of life”. The steam is visible only momentarily and quickly dissipates.

In comparison, steam saunas are constructed using wood such as cedar, fir, aspen or hemlock, and maintain a high temperature of up to 200° F.

When water is added to the rocks the steam creates what is often called a wet sauna even though the humidity level remains around 10%, with a possible brief high of 20%.

If you sprinkle water on the rocks and they bubble slowly and turn the home steam sauna into a steamy moist bath - that just means the rocks aren’t hot enough.

For a dry sauna the rocks are left alone. Some people find the temperature of a dry home sauna to be more tolerable and only add water to produce steam the final few minutes of a sauna session, if at all.

How Long Can You Stay In?

If you compare the benefits of a traditional steam room, with its high moist humidity and lower heat, it would seem to be more pleasant than a sauna, yet the opposite is true for many people.

The relaxing atmosphere in a dry home steam sauna is very clean, and people don’t realize they are sweating as much as they are.

In fact, they don’t think they are sweating at all. Again, the sauna is deceptive; the dry heat immediately vaporizes the sweat on your skin as perspiration reaches the surface. You may also be able to stay in a dry sauna longer than a wet sauna.

Remember, it’s is the presence of moisture in the air that makes our bodies unable to cool down if sweat can’t evaporate.

That’s why you can tolerate a home steam sauna of 180° F, but can not stay in a steam room at 100% humidity for very long if the temperature rises about 130° F.

Steam saunas are an ideal way to relax, relieve tension and stress, and reap the benefits of thermal and steam therapies. 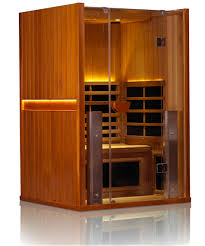